She was sitting there, at the dining table, looking at him. They have already exchanged the usual “How was work? What did the kids do today?”. Small talk was second nature by this point. 15 years into their marriage and dinner was a formal dance. Polite, choreographed and every day the same. She wanted to scream.

The wife wasn’t bored, she was lonely. She looked at him as he ate and wanted to burst into tears. She wanted to tell him all her secret thoughts. All the quirks and emotions that go through her, but she didn’t, she couldn’t. She was in a lonely marriage and she felt he couldn’t possibly understand her.

If she did tell him, explain who she felt she really is, surely he would leave. She was so sure that if she let him in, he would reject her. So she did nothing, she said nothing, she never did. One day they took a brave step, they went to therapy.

What they learned, what you are about to learn, is that this in fact is a common problem. In this particular case, she felt worse than most because her husband is a good man. They talked, laughed, made beautiful love.

He never cheated on her, or gambled their savings, or worse. This hurt her even more because she saw no real explanation to why she was feeling this way. If he was destructive, that would only hide the actual problem and she wouldn’t feel any better.

The actual problem is that she has a deep fear of rejection. She is a lonely wife. Terrified that if she was to open up, he would either walk away or be indifferent. He would reject her deeper self.

One of the first questions a therapist would ask a wife is “Are you lonely?”. Almost all husbands are surprised to hear that the answer is “Yes”. Even more shocking is the realization that the husband feels lonely too.

Husband also say nothing, do nothing for the same fear of rejection. Though men react to rejection differently, the fear is the same. At this point, at this discovery, the couple can finally bond again. This is a moment of tears and a release from fear. The counseling, however, is far from over. This is just the first step.

As therapy continues, the negative cycle that causes both partners so much pain is revealed. It begins with the wife feeling emotional or lonely. Being as her husband is not a movie character, always saying the right thing at the right time, she feels there is never a good moment to bring up the issue at hand.

Later, this turns to fear as too much emotion piles up. She then struggles with the decision whether to talk to him. This struggle is evident on her face, but not what she is thinking. At this point, most husbands feel that their wife simply isn’t satisfied with them on some level.

They feel rejected. This causes the husband to retreat, hoping the space will help. Now the wife feels more afraid, certain that if she tells him, it will only make things worse. Not only that, but she now has the new issue of him being so distant. She continues to fight with the decision.

Her thoughts are that if she tells him, he wont understand, he wont even try. She simply isn’t worth it. At no point does she realize how much the truth would help. Now he feels worse and worse. Some men become destructive.

In a way, they try to create a reason for their wife’s rejection and general unhappiness. He creates arguments, avoids spending too much time at home, cheats. The cycle continues. No one person is at fault here. After all, it takes two to tango. The only culprits are fear and the lack of communication. This is a problem we can deal with, there is hope.

The ailment and the cure.

The wife’s point of view in this example is called the lonely wife syndrome. An obvious name, but the actual problem is a deep sense of neediness and insecurity. It starts with the wife feeling undesirable or unsuitable to her husband. She starts thinking negatively.

Telling someone to simply “get over it” doesn’t work. It takes time and reflection. The therapist helps the wife overcome a number of issues. First she needs to learn to take emotional risks, small ones at first. With each risk, her negative thoughts are proven wrong.

This builds trust as well as her self confidence. Then the therapist takes special care to teach the wife positive language skills and the right tone. How you say something sticks longer than the actual words. An accusatory tone usually shuts down any understanding from the person you are talking to, and the message is lost.

The point isn’t to accept negative behaviors the husband displays, but to deal with issues in a firm but loving manner. A calm, supportive voice goes a long way. Another important thought is that even with the possibility of rejection, the wife must love her husband enough to trust him.

This is the hardest part. It is a test of true love from both sides. It is about loving someone enough to do what’s best for them, even if they don’t like it. It’s about saying “No” when you see your spouse hurting themselves or even you.

In the end, LOVE

It is not unusual for a wife to stay despite being married and lonely. She is sacrificing her happiness for love, but this is an unnecessary sacrifice. While sacrifices go hand in hand with love, they don’t come with regret.

If you feel that you are regretting your choices, those were not loving sacrifices but ones made of fear. Therapy can help you fight the fear and love truly and freely. When it comes down to it, love does really conquer all. True love, selfless love, is stronger than any other emotion, including fear. Fear will damage any relationship, but honesty, understanding and perseverance will save it. 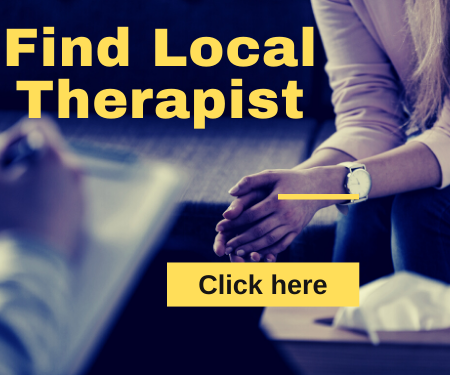